Breaking News
Traffic Ticket Attorney
Is It Against The Law To Drive Slower Than The Speed Limit?
Let A Car Accident Lawyer Deal With The Insurance Company
Who is Responsible For a Car Accident?
Skip to content

06.03.2009
THE NATION; Court upholds Chicago’s gun laws; Stage is set for justices to decide whether 2nd Amendment protection extends to cities and states.
The U.S. 7th Circuit Court of Appeals on Tuesday upheld strict gun control ordinances in Chicago and suburban Oak Park, Ill., setting the stage for a Supreme Court battle over whether the 2nd Amendment and its protection for gun owners extend to state and municipal laws. In a 3-0 decision, the judges said they were bound by legal precedents that held the 2nd Amendment applied only to federal laws. Judge Sonia Sotomayor, President Obama’s nominee to the Supreme Court, in January joined a three-judge panel in New York that came to the same conclusion. Last week, activists cited that decision in calling her an “anti-gun radical.”

06.03.2009
U.S. probes hiring in tech; Google, Apple, and Yahoo among those said to be targeted in an antitrust inquiry.
The Justice Department has launched a preliminary investigation into whether some of the nation’s largest technology companies violated antitrust laws by negotiating the recruiting and hiring of one another’s employees, according to two people with knowledge of the review.

06.03.2009
Bankruptcy filings rise among U.S. consumers; Layoffs seen as a driving force behind the increase.
U.S. consumer bankruptcy filings soared 37 percent in May compared with the same period last year, according to figures released Tuesday by the American Bankruptcy Institute. The figures, using data compiled by the National Bankruptcy Research Center, show total filings in May were 124,838, up from 91,214 recorded in May 2008. 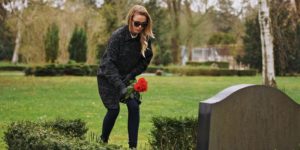 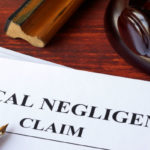